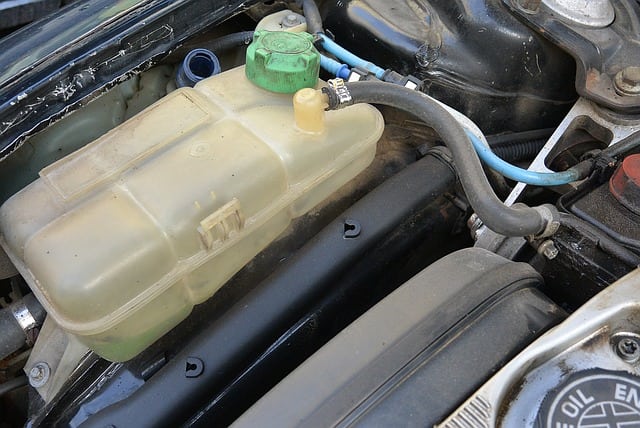 Some vehicle problems come on suddenly. You might be driving down the road when your engine spontaneously decides to overheat. Smoke begins to billow out from under the hood, and next thing you know you’re having your vehicle towed into the shop for an emergency repair. Or, you might be on your way to the store when one of your tires decides to go flat. You jack up your car, switch out the flat tire with your spare, and then take it to the local tire shop to have them replace your spare with a permanent tire.

Other times, though, issues with your car are a bit more subtle and difficult to diagnose. If you’re smelling antifreeze when driving your vehicle, it could be a sign that something’s wrong — but what exactly?

Sometimes, fixing whatever’s causing an antifreeze smell will be quite affordable. Other times, you’ll find that it’s incredibly expensive. If you’re looking at a particularly costly repair on a beat up old car, you may want to just sell your junk car for cash rather than having it fixed. First, though, let’s take a look at what could be causing your vehicle to smell like antifreeze.

The Purpose of Antifreeze

All vehicles need some form of coolant. When an engine runs, it gets incredibly hot. Without a coolant of some kind circulating through the engine, it will eventually overheat. When that happens, you’re looking at all sorts of expensive repairs to get things up and running again.

Back in the day, vehicles were cooled with water. Some motorcycle engines are still air-cooled, rather than using any sort of coolant. When it comes to modern cars, though, they generally use antifreeze in order to keep them cool.

Antifreeze has a very distinct sort of smell: it’s hard to describe, but you’ll know it when you smell it.

There are a couple of reasons that you might be able to smell antifreeze inside your vehicle. First, a simple leak could be causing the issue. Sometimes, a pipe or hose running to or from your radiator might spring a leak. As coolant drips out, it could hit a hot part of your engine, begin to evaporate, and create a pungent odor that you’ll be able to detect.