I had my car picked up and they paid me a really fair price compared to other companies in the metro area. Same day pick up too! 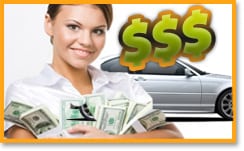 Junk-A-Car is North Carolina's original cash for junk cars company. We have a long history serving nc car owners across the state including major cities such as Charlotte, Raleigh, Greensboro, Winston-Salem, Durham, Fayetteville, Cary Town, Wilmington, High Point, Greenville, Asheville, Concord. Getting a quote takes only minutes and we can usually remove the car within 24-hours, sometimes even the same day if you call early enough.

Newer cars, especially those with physical or mechanical damage are sought after in nc and are worth more than you think. We have a special division which handles these cars in-particular. When you call us press option 1 and you will immediately be routed to the proper department.

CASH FOR JUNK CARS IN nc

We buy just about any car whether they run perfectly, have mechanical issues or are plain-old-junk to everything in-between.

SUVs and pick-up trucks in North Carolina are in high demand especially during or heading into certain times of the year. Our valuation specialists are capable of properly valuing these types of autos.

SELL A BROKEN OR DAMAGED CAR

Physical or mechanical damage is no problem - every car has value. Especially in North Carolina!

Looking to salvage your car or sell it for scrap? Junk-A-Car can offer you top dollar for it and remove it free of charge.

Not only do we purchase passenger cars in the state of North Carolina, we also buy commercial trucks.

MISSING YOUR nc TITLE OR REGISTRATION?

Lots of car owners misplace important documents. Contact us to review any options or alternatives you may have according to North Carolina state law, our specialists are here to help.

SELLING A FLOOD OR WATER DAMAGED VEHICLE IN nc

Damage from natural disasters is unfortunately becoming more common these days. Junk-A-Car has alternatives for both insured and non-insured motorists who have lost a car in North Carolina due to water intrusion.

SELLING JUNK CARS FOR CASH IN North Carolina IS SIMPLE: 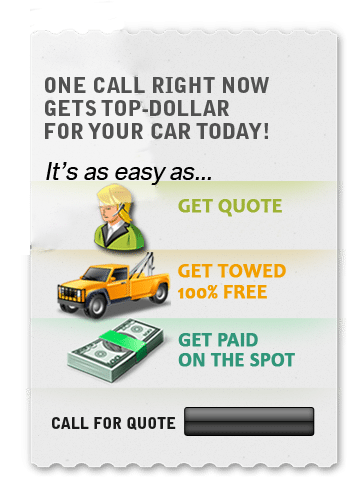 CITIES WE SERVE IN North Carolina